An ‘alcohol interlock offence’  is defined in reg 3 Road Traffic (Authorisation to Drive) Regulations as:

*Only applies to prior convictions recorded after 24 October 2016

Effect on Provisional and Extraordinary Licences

Provisional licences (including EDL or provisional) or learner’s permit  are automatically cancelled when convicted and disqualified for an alcohol interlock offence listed above.

The holder of a learner’s permit cannot be subject to the Alcohol Interlock Scheme. 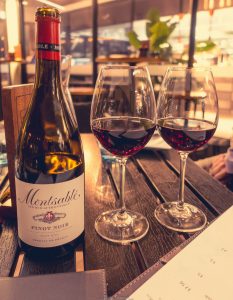 Removal of the Alcohol Interlock Conditions

The offender must also demonstrate “separation of drinking and driving behaviour” for a continuous 180-day period immediately prior to exiting the scheme.

Condition of the Alcohol Interlock Scheme

Standard conditions of the Alcohol Interlock Scheme are:

Exemptions from the Alcohol Interlock Scheme

An offender by be exempt from the scheme if:

There are several offences created offence under the scheme. It is an offence to:

The cost of having an alcohol interlock installed is around $1,600. There are concessions available for holders of certain benefit cards.

Paxman & Paxman are firm of criminal defence lawyers in the Perth CBD specialising in traffic law, extraordinary licences and criminal law.  If you need a traffic lawyer in Perth, give us a call on 1300 274 692 or fill out an online enquiry form today and one of our criminal barristers & solicitors will gladly provide you with legal advice on your matter. Our firm of criminal lawyers and barristers is one of the top firms in Perth providing representation on all types of criminal law matters including traffic law, assaults and drug cases.