The criminal law in Western Australia creates an array of offences involving violence or the use of force. Due to the variety of offences created by legislation such as the Criminal Code, it can difficult to fully or correctly understand when the use of force is lawful and when it is unlawful. Often, it takes an experienced assault lawyer to give clear and accurate legal advice about what is lawful and what isn’t.

Over the years, various new offences have been created to capture and criminalise different forms of behaviour. Here are a few examples:

The penalties that apply for violent offences vary greatly. In fact, the penalties for individual offences can vary depending on the circumstances in which they are committed. Under the criminal law in Western Australia, sentences can range from small fines to mandatory sentences of 15 years. Much will depend on the offence provision and the circumstances of each individual case.

Over the years, both the maximum penalties as well as the acceptable sentencing ranges for most violent offences have increased in response to public concern/outcry and a perception (rightly or wrongly) that violent crime is on the increase.

More recently, mandatory sentencing has been utilised as a means of removing sentencing discretion from judges and magistrates. Again, this has occurred in the midst of public outcry about an erroneous perception that the courts don’t treat violent offences seriously and will only ever deliver a “slap on the wrist”.

This can result in some unjust sentencing outcomes.

Assaults on police in circumstances of aggravation will usually carry a mandatory minimum of six months imprisonment.

Assaults committed in the course of a home invasion can carry mandatory minimum sentences of anywhere up to 15 years imprisonment. This is more than the typical sentence for manslaughter.

However, there are often alternative charges that don’t fetter the discretion of the courts by imposing mandatory minimums.

If you are facing a charge that carries a mandatory minimum term of imprisonment: we strongly recommend that you get legal advice from a top assault lawyer in Perth about your options.

An experienced assault lawyer will be able to advise you if there is an alternative charge available that does not carry a mandatory term of imprisonment. The best assault lawyers in Perth are astute negotiators know to key persuasive negotiation with the prosecution.

Statutory circumstances of aggravation include: 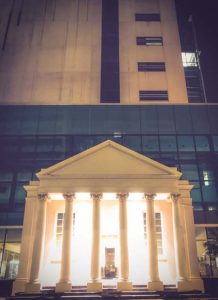 In addition to circumstances of aggravation legislated in the Criminal Code, individual examples of offending can be aggravated because of case law precedent. Some examples are:

Some defences only apply to certain criminal offences but not others. Some examples of statutory defences created by the Criminal Code are:

Most of the defences listed above only apply to some offences but not others. Again, it pays to have an experienced criminal lawyer to advise you on whether any of these defences are available to you.

At Paxman & Paxman, our team of criminal lawyers and barristers has many years of collective experience representing clients who are charged with violent offences. As one of Perth’s leading criminal law firms: we only practice in criminal law, traffic law and restraining orders.

We can give you the right legal advice about whether to plead guilty or not guilty to the charges against you. We can advise you whether you have a defence at law and the prospects of successfully defending yourself at trial. We can provide legal advice about the sentencing ranges for violent offending and what you can do to mitigate the risk of receiving an immediate term of imprisonment.

If you are pleading ‘not guilty’ and need court representation at trial: our criminal barristers are some of the best criminal defence lawyers in Perth.